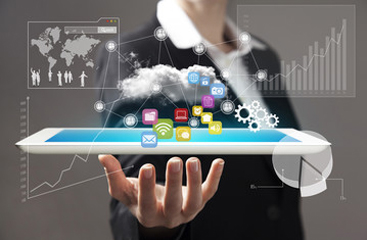 A few weeks ago an article on CNN explored women in technology.  The article used the season ending of AMC’s hip “Halt and Catch Fire” show as a launching pad to discuss why larger numbers of women, and strong women in technology continues to elude us.  The article stated some startling facts, at least they were startling for me. The article cited that there were more women getting degrees in computer science in the 1980s than there are now. According to the article, “a National Science Foundation study from 2014 shows a precipitous drop in women choosing to study computer science over the past 30 years. Nearly 40% of computer science majors in 1984 were female. Now, it’s 18%.” In an era where computer technology-related jobs are soaring and good talent is hard to find, this is a staggering statistic and not a good sign for the US technology industry. The article goes on to discuss steps that universities and corporations are taking to stem this flow.

I wanted to get viewpoints from several women at Artemis about their perspective and experiences in the technology industry. We started a great internal discussion on the topic. And, decided it would be interesting to share viewpoints from three Artemis women over the next few blogs.

I haven’t seen the show, but I have seen these statistics showing the drop-off of women in computer science.

I’m not sure I believe their statement that women are not interested in STEM because it is “abstract and boring” and needs an “image makeover”.  Rather, I think a lot of young women use “it’s boring” as a defense.  My pre-teen nieces are fascinated by technology and will ask me how computers and cell phones work.  But I wonder when they will trade that fascination for the “ew, science is lame” party line.  I have a friend who is a high school Math and Astronomy teacher, and she tells me how every year she watches girls who have enthusiasm for the subjects being shut down by their male and female peers.  It isn’t cool for a “cute girl” to like science and tech, and it is a rare teenage girl who doesn’t want to be cool.

I attended a small women’s college for my undergraduate degree, so I didn’t experience any of the stereotypical bias you read about.  The classes were rigorous and we were expected to perform.  I recently returned to a large co-ed school for my Computer Science Masters as part of a mid-30s career change.  The difference was shocking.  I had younger male students openly talk down to me (I remember two guys I didn’t know telling me I “shouldn’t take an AI class because it has a lot of math, and you will struggle”), classes where I was the only woman (it was lonely…), and female professors who were on the warpath against any woman trying to come into the field.  Luckily, at my age, I was able to roll my eyes and continue working toward my goals.  I also had a great advisor who was very supportive of non-traditional students entering the field.  Even with that support, I’m not so sure that I would have had the confidence to blow it all off in my late teens and early 20s.

It is definitely a cultural norm that needs to change.  I think some of the judgmental atmosphere is also an unfortunate side-effect of homogeneous groups, which end up with a singular definition of the right way to be.   We had similar stereotyping of men in my previous field of conference management (heavily female).  They were judged by both men and women for wanting to work a “woman’s job”, not being man enough to do “real work”, or, because they were male, dismissed as lacking the right skills to do heavily detail-oriented work.  Having experienced both sides leads me think we need to expose kids to diversity and options from the start.  I think it’s just as OK for a woman to be a programmer or a mechanic as it is for a man to be a secretary or a meeting planner.

As for my nieces’ generation, they are age 10 and 12, I think there is a slow, but steady sea of change coming.  I believe plenty of girls are already interested in STEM, but they have to get over the hurdle of believing it is not for them.  The normalization of girls interacting with technology through the introduction of ‘girl-friendly’ toys and mentorship programs is a good first step.  Supportive teachers and professors make a world of difference to young women who are still trying to find their place in the world.  A critical mass of women graduating and entering the workforce will help rewrite current industry norms based on homogeneity.  I look forward to the time when the divide is so far in the past that people wonder why there was ever so much fuss in the first place….

Next, in part  2 of our blog, we will hear from Risa Ohara, Senior Developer and Manager, who also volunteers her time to teach programming through a non-profit devoted to women’s technology, by women in the DC area.