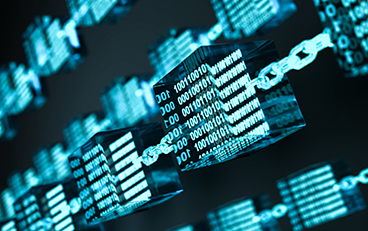 It is no secret that development operations teams, also known as DevOps, are now expected to deliver their work at a much quicker pace and must also complete more projects to keep up with the competition’s output. DevOps was first developed to improve the speed and efficiency of the development teams in conjunction with other IT teams.

However, while still being a part of the process, the subject of security still needs to be given a much higher priority because the nature of cybersecurity threats has accelerated and will continue to be constant.

The concept of the integration of development, security, and operations, commonly referred to as DevSecOps, comes into play at this intersection. This model is needed to integrate security in the development strategy and ensure that the product teams, the development teams, and the security teams can cooperate harmoniously and get the job done as quickly as possible.

What is the Difference Between DevOps and DevSecOps?

Initially, the DevOps model was created to reduce friction between the development side and production efforts. For instance, this would come about from the developers having to wait weeks for their code to be put into production, which then would increase the pressure to be competitive because other companies may put their products and features out much faster. The delay would also cause the development team to manage the pending code that is waiting to be placed in production, along with the new features they would have to create.

Once the old code is finally deployed in the production environment, some errors or issues may come up. On the other hand, the sheer work volume that the production team has to handle, for example, managing an increasing number of servers, often gives them the ability to schedule code deployment only once a month. After the code is deployed, the production team will need to find any errors or problems that may come up. Considering all these moving parts and timeframes makes it easy to see how there could be friction between the different teams working on multiple projects.

The solution to this dilemma was integrating the development and operation teams through their collaboration by breaking down the silos, sharing responsibilities, adopting automation, and constantly measuring performance. Every step is performed and followed by both the development and the production teams, increasing the frequency of deployments and software delivery. A more specific example would be to write software in smaller sections rather than one big block of code that might take weeks to write and test; the smaller units would be much easier to integrate, test, monitor, and deploy, often within hours.

This is the point where DevSecOps becomes apparent. Traditionally, the security portion in the DevOps model would be handled at the end of the process just described. In contrast, the DevSecOps model takes a security-first posture that is built-in the application from the beginning. In a nutshell, it means also adding the necessary security features during all the stages of the product development pipeline.

Why is DevSecOps So Important?

Adding security to the process from the beginning is important because it now makes everyone involved responsible for creating a product resistant to cyber-attacks and not just the security team. The DevSecOps model helps strengthen the overall product security through automation and quick feedback loops; this makes performing security tests more efficient and consistent.

Another crucial aspect to consider is the cost savings associated with this digital transformation. For instance, identifying most of the security vulnerabilities in the code during the early development stages means fewer resources will be spent on fixing those problems later. At the same time, implementing DevSecOps does not necessarily require an enterprise to spend large sums of money on hiring new developers with the necessary skills. Since the security team is involved from the early stages, they will offer insights and feedback as the software is being developed, putting every team’s ability to use in working together cooperatively.

An additional benefit would be to avoid delays by releasing a product due to security checks. When security is integrated into the product itself, then there is no need to wait for the development phase to be over because the tests are performed as part of the process. In terms of speed of implementation, a DevSecOps environment is likely to already have the information needed for security logs and compliance reports; these are necessary to maintain industry-standard regulations. The outcome is an accelerated output and product delivery.

Challenges When Shifting from DevOps to DevSecOps

Making the switch to this IT modernization process does come with its challenges. The first one that comes to mind is that security is an ever-moving target. As malicious technologies adapt and develop new strategies to attack, so must a company find ways to counteract and defend against them. This process makes DevSecOps valuable because it encourages the developers and other teams to be mindful of possible vulnerabilities in the ongoing integration/continuous deployment (CI/CD) pipeline.

Another challenge to consider is the cultural shift that must happen within the project teams of an organization to reach the desired goals successfully. Some or even many developers may need to acquire knowledge of security systems before they can implement them. One of the best ways to achieve this is to promote the value of Security as part of the organization’s culture; for example, a company could appoint subject matter experts (SMEs) to be the point of reference for security questions. Yet, another way to encourage a mindset switch would be to build a central team that would focus on research, task automation, and finding best practices that take a security-first posture.

For instance, a cross-functional SME team could concentrate on creating templates for security tasks as part of their enterprise software development, such as order processing or production scheduling. All of this would solidify one of DevSecOps’ critical advantages: the emphasis on automation.

Some Best Practices from Past DevSecOps Implementations

There are some important lessons to learn from past DevSecOps implementations; one of them would be not forcing too many changes all at once. Implementing multiple security measures at the development stage all of a sudden is likely to disrupt because the developers may not be used to having to do those extra security checks. Therefore, when using a security application, it would be a good practice to turn on rules to catch only one type of error rather than having the developers be overwhelmed with multiple alarms going off at once.

Another good practice to keep in mind when migrating to DevSecOps is to conduct threat modeling, even if it may take a little time. A risk assessment is needed because it helps to see the more likely threats, the best way to defend the company’s assets, and any potentially exploitable areas. It also helps if software developers examine their code from the point of view of attackers. When the development team has had a chance to make the mental shift and is conscious of various security vulnerabilities, they can set multiple rules simultaneously.

Technologies and Tools Used for DevSecOps in Practice

It’s imperative to use specific technologies and tools to prioritize automation as much as possible. This is because code must be continuously integrated and deployed multiple times a day; the only way for security measures to keep up is to automate them. One way of achieving this is through static application security testing, also known as SAST, which is a tool that scans the source code and can recognize security flaws and help fix them. Yet, another useful automated tool would be dynamic application security testing (DAST).

Instead of looking for issues in the code, like SAST, DAST searches for security vulnerabilities while the application is running. Using pre-deployment and post-deployment auditing is also a handy way to use security tools.

A simple way to see how DevSecOps brings cost savings and is an excellent financial investment would be the recognition that it identifies security vulnerabilities early on that would otherwise have to be fixed later. While the code is initially being written, the development, production, and security teams are all working and therefore being paid a salary; mending security vulnerabilities later would mean paying alternate crews to fix that instead of working on new code.

It would also be wise to use the DevSecOps model because security issues can come back and cost a lot more than the initial investment. This can come in the form of liability from lawsuits due to breaches, tarnishing of brand reputation, and subsequent loss of revenue or fines due to compliance irregularities. Even the denial of cyber-security insurance coverage due to a lack of DevSecOps practices is fast becoming industry standard.

Here at Artemis Consulting, we fully appreciate the need for IT modernization and making security an integral part of the development and production processes. Among other projects, Artemis provides DevSecOps support, creates and updates CI/CD pipelines for the congress.gov platform and the ECS platform for the US Copyright Office.

In our 23 years designing and developing software, web applications, and mobile applications and managing IT operations, we have seen the full scope of digital transformation and how streamlining product output created in the DevOps model has led to the DevSecOps concept. With the ever-increasing level of cyber-threats, it was only a matter of time until security became an integral part of the development and production cooperation strategy.

In summary, having everyone involved in the project working together to ensure that every step is coordinated and concerned with the product’s security will allow the organization to protect itself. It will also help clients maintain high efficiency by cutting costs instead of adding on security at the end.