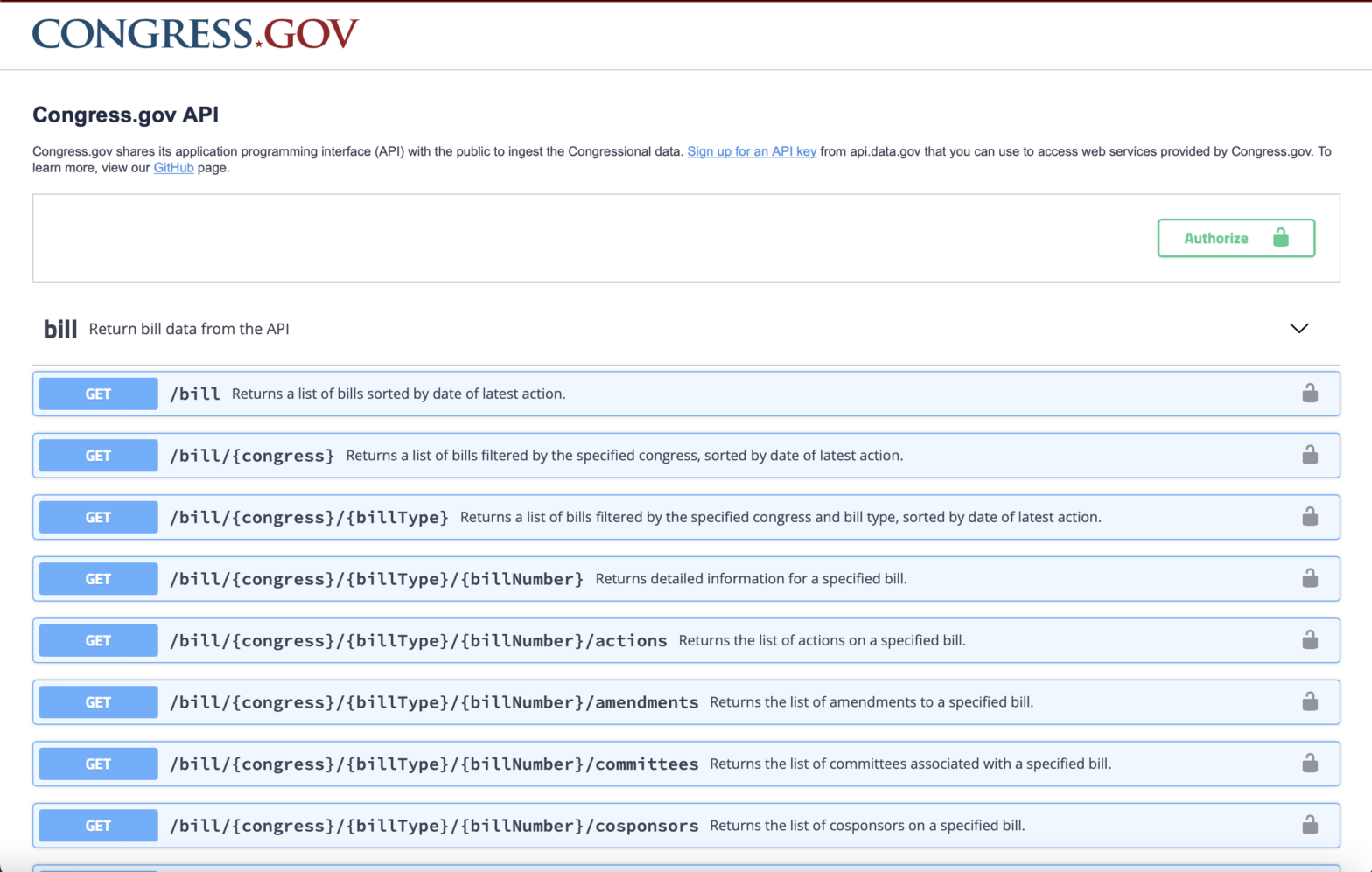 Artemis Consulting is excited to share that the Library of Congress has released the beta Congress.gov API that allows users access to structured congressional data from many Congress.gov data collections. While the official website managed by the Library of Congress, Congress.gov, provides the system of record for all congressional data, it does not allow users to have direct access to the raw data for bills, amendments, Congressional members, Congressional committees, presidential nominations, committee reports, treaties, and other collections. This effort is the culmination of a complex multi-year process to create an API that provides this structured data for a wide range of congressional information.

As described in the blog, Introducing the Congress.gov API by the Library of Congress, the Government Publishing Office (GPO) provided access to bulk data downloads; however, many users asked for access to specific data, such as legislation pertaining to an individual bill or the ability to track its status. Built over many years, the Congress.gov API took a great deal of time and effort to accomplish. Artemis Consulting is proud to have helped the Library of Congress OCIO and Congressional Research Service staff to make this API a reality. Many members of Artemis Consulting’s team who have supported the Congress.gov platform were involved in the design, development, functional testing, and load testing of this API. They are excited to have been part of completing this work for their mission-driven Government client. Artemis President, Rohit Gupta, who actively supports the Congress.gov platform and its API project said, “The Library’s goal and Congress’s goal of achieving transparency through data have borne fruit. We are continuing to help our client with the prioritization, design, and development of new and improved versions of the API.”