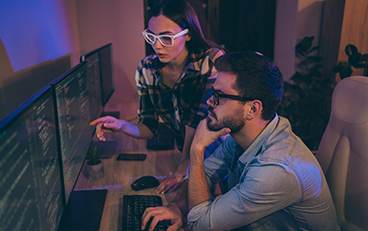 Regression testing is a vital part of the Software Development Life Cycle process. Designing and developing software cannot be completed in one day or in one step. Development teams have to take numerous steps that include requirements collection, requirements analysis, designing, coding and testing, to get software ready for use. Many software developers work together within teams to create smaller modules of code and put them together as part of the process to complete the software in a timely manner. As developers work independently, it becomes challenging when they assemble their modules together in the CI/CD process in GitLab. Once developers have completed their modules, they combine them to see if the product works as expected. Bugs typically get introduced when different modules are integrated and are unable to work together. If regression testing is introduced at this early phase, there are lesser chances of seeing major bugs in the completed product before testing would typically begin. Consequently, regression testing saves money, effort and time in the software development process, as well as improves quality. Without it, defects may be found at the time of delivery, requiring developers to go back and fix bugs, which, in turn, would cause delays in delivery.

While regression testing can be completed manually, the complexity of software development and large amounts of components in enterprise software or enterprise web applications has begun to require automated testing. With testing needed many times during the development process, manual testing would increase the chances of error, and could create a finished product with more bugs.

As Selenium is a widely-used open source tool for automation testing. It can perform functional, regression, and load tests on web applications across different browsers and platforms. With most of today’s software being browser-based, it is preferred as a web browser testing tool since it supports browsers, like Chrome, Mozilla, Firefox, Safari, and IE; platforms, like Windows, Mac and Linux; and has different language bindings, such as Java, Python, JavaScript, C#, Ruby, and Perl.

In today’s world, technologies change unimaginably fast. Requirements change dramatically between the inception and time of delivery of software development projects, especially when the development life cycle is too long. To produce zero bugs in software, we need a significant amount of time to test and retest the product. By the time software without any bugs is available, it may defeat the purpose of having the software itself. Hence, the type of software product (e.g. defense-related or health-related), the types of bugs and end-user demands all play a factor in determining whether bringing the number to zero is feasible.