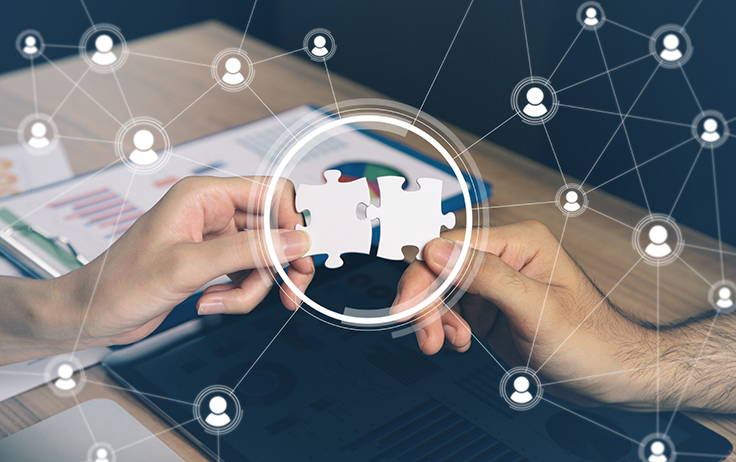 What is web accessibility? It means different things to different people, but the World Wide Web Consortium (W3C) defines it like this: “Web accessibility means that websites, tools, and technologies are designed and developed so that people with disabilities can use them.” This description, sadly, is rather limiting.

When left to interpretation, the term “disabilities” in the definition may be perceived as too narrow. When people think of disabilities, they tend to think of the blind or the deaf, not their mother or father with “senior issues,” i.e. memory lapses. There are other permanent conditions that require consideration, such as a neighbor with slightly arthritic hands who has trouble manipulating a mouse, the guy in the next cubicle over who tends to wear mismatched clothes because he is color-blind or a person suffering a more serious condition like epilepsy who cannot suffer flashing lights within certain frequency bands. Yet, each and every one cited above has a disability. It does not matter if that disability is hidden or not, it still exists.

Furthermore, the definition is limiting since it focuses exclusively on the documented disabled, rather than on the real intent, which is to make more stuff usable by more people at all times, not just those individuals with a documented disability. In fact, what helps those with disabilities frequently helps the fully able also. Beyond the conditions mentioned above, temporary disabling conditions, such as the temporary inconvenience of a broken arm or a person using their mobile phone while walking the family dog, would also benefit from accessible design.

A more holistic approach to accessibility is inclusive design, which focuses on edge cases, and essentially combines accessibility with responsive design. It allows one to think bigger, to see a larger canvas, wherein accessibility is a side effect rather than an add-on. Inclusive design changes the development paradigm because it provides a solid and strong foundation on which applications that provide access to all may be built. In the physical built environment, a curb-cut not only helps a person with a wheelchair or walker, but also a parent with a perambulator or person with luggage or a cart. This larger view needs to be baked into projects from the beginning. In the web world, it includes things like document flow, i.e. that a document flows logically from top to bottom when the CSS is turned off. Thinking bigger also can lead to lower costs because it is cheaper and far easier to build accessibility and similar aids into UX/UI design and code from the beginning than to try to retrofit a site after it is built. However, many large firms do not believe that 1) disabled individuals are significant to their businesses and 2) that the ADA applies to their virtual, online presences. Here enters Domino’s vs. Robles.

California resident Guillermo Robles, who is blind, sued Domino’s Pizza, LLC in September, 2016 because he could not order pizza through either the Domino’s website or mobile application. He tried to order pizza several times unsuccessfully. Both simply refused to work with his screen reader software. He sued under the ADA’s Title III, which states “No individual shall be discriminated against on the basis of disability in the full and equal enjoyment of the goods, services, facilities, privileges, advantages, or accommodations of any place of public accommodation by any person who owns, leases (or leases to), or operates a place of public accommodation.”

The federal district court in which he filed the case, Domino’s vs. Robles, dismissed it on several grounds. Robles appealed the dismissal of his suit to the Ninth Circuit in San Francisco, which took a very different view. The Circuit Court heard the case in 2018 and issued its decision in January 2019. It reinstated the suit and ruled that the Americans with Disabilities Act (ADA) should apply to Domino’s app and website. The Ninth Circuit did not decide or even address if the app or website were accessible and compliant with the ADA. For that decision, or lack thereof, it returned the case to the district court to make that determination. However, before the case returned to the lower court, Domino’s appealed to the United States Supreme Court in hopes of quashing it. In October 2019, the United States Supreme Court declined, i.e. denied certification, to hear thereby letting stand the decision of the Ninth Circuit (quashing Domino’s instead) and sending the case back to the District Court to determine if Domino’s website and mobile applications are accessible.

Essentially Domino’s fought for the right to discriminate and the courts said it cannot. More importantly, the courts have ruled that the ADA public accommodation rules apply not only to physical built space, but also in virtual space, in the online world of commerce, of restaurants, of transit and travel. Domino’s claimed that it would cost $38,000 to bring its online applications into compliance (and probably spent many times that amount fighting to be allowed to not comply.)

Why is this significant and important? Other people have sued and settled to make companies comply, e.g. Target and Amazon. It is significant because this is the first instance where a major corporation has, in open court, effectively argued that it has the right to discriminate against a large segment of the populace and the courts have ruled that it does not. How big is that group of individuals with disabilities? According to the CDC, one in four Americans have some form of disability that impacts a major life function, which works out to 61 million Americans.

The Domino’s decision will force changes because the courts have essentially declared open season on any business of substantial size. Domino’s had many large corporate and associated entities on its side in the case, including the U.S. Chamber of Commerce, which filed amici briefs on its behalf. Yet, it did not make a difference.

Inclusive design, which as noted above includes accessibility as a side benefit, is important because of that number just noted above. A person with disabilities, regardless of type, should and must be able to function in the virtual, online world. The online world is more than government activities, e.g., paying taxes or obtaining an auto registration renewal or the library, or shopping. It includes matters financial and medical, amongst other industries. In fact, access to financial services, in particular retirement planning services, is dismal for the less than fully able. We, as designers and developers, need to adhere to more than the letter of the ADA. We need to adhere to its spirit, which is to make the entire world, physical and virtual, usable by everyone regardless of their abilities. The ADA’s author, former Congressman Tony Coehlo of California, firmly believes the law applies to the digital space:

“I put in the ADA obviously before the Internet came on board. But what we did is, we provided the language that basically said, ‘accommodation for the infrastructure,’ in effect.”

When business begins to realize how costly non-compliance will become, inclusive design will come to the fore and everyone, able and disable, will have a far better online experience. The true significance of Domino’s is that one can win in court on ADA grounds for online applications against a large firm, and it will force more inclusive and holistic design. Persons with any form of disability will not accept second class status and higher costs for the services that an able-bodied person expects when they know that the law supports their rights.

Artemis Consulting believes in building accessible and usable sites, having implemented these principles in many projects for its Federal and commercial clients.  Please check out our other blogs on accessibility.